With its deep, soulful sound and exciting dynamics, saxophonist Ad Colen (1961) has an unmistakable sound of his own: a sound that can whisper, but can also strike mercilessly. As a jazz improviser with an intuitive, lyrical playing style, he always looks for ways to tell musical stories, whether he plays traditional jazz or freely improvises on the soprano or tenor saxophone. In his playing he is regularly inspired by artists from other disciplines, such as art, dance and literature and nature. Colen is a versatile saxophonist, composer and band leader who always deliberately or unconsciously searches for melody and structure in his playing and compositions.
Between 1997 and 2016 he released 5 albums with his jazz quartet. All became enthusiastic and received by the music press and with his bands he played on domestic and foreign stages and festivals such as at the North Sea Jazz festival and Java jazz festival. Michiel Borstlap, Chris Strik, Erik Robaard, Jasper van Hulten, Gé Bijvoet, Rob van Bavel, Wiro Mahieu and Yonga Sun played in his quartet.
In his new band COLEN replays with some of the finest Dutch improvisers Mike Roelofs (piano), Yonga Sun(drums), Rogier Hornman (cello) and Dion Nijland (double bass). They released the CD “A Birds Eye View” in 2018.
Composer
Touching people with music that is not obvious, that’s  Colen’s missions a composer and musician. He also does that with his own compositions, which are characterized by a fresh, personal style, a narrative character and influences from classical music, jazz and pop. For his most recent album, A Bird’s Eye View, he delved into the world of bird song. He researched and transcribed the sound of different birds and used that as a source of inspiration for contemporary jazz. Each composition on the album, which received rave reviews at home and abroad, refers to a different bird species.

In addition to “A Birds Eye View”, Ad and trumpet player Gerben Klein Willink lead  the Utrecht JazzArchipel . They played at the Transition festival among others.
In 2021, this band will be playing concerts with the project “Ode to the Dutch Landscape”
Composers from inside and outside the band have been commissioned to write compositions that are inspired by a certain Dutch landscape. 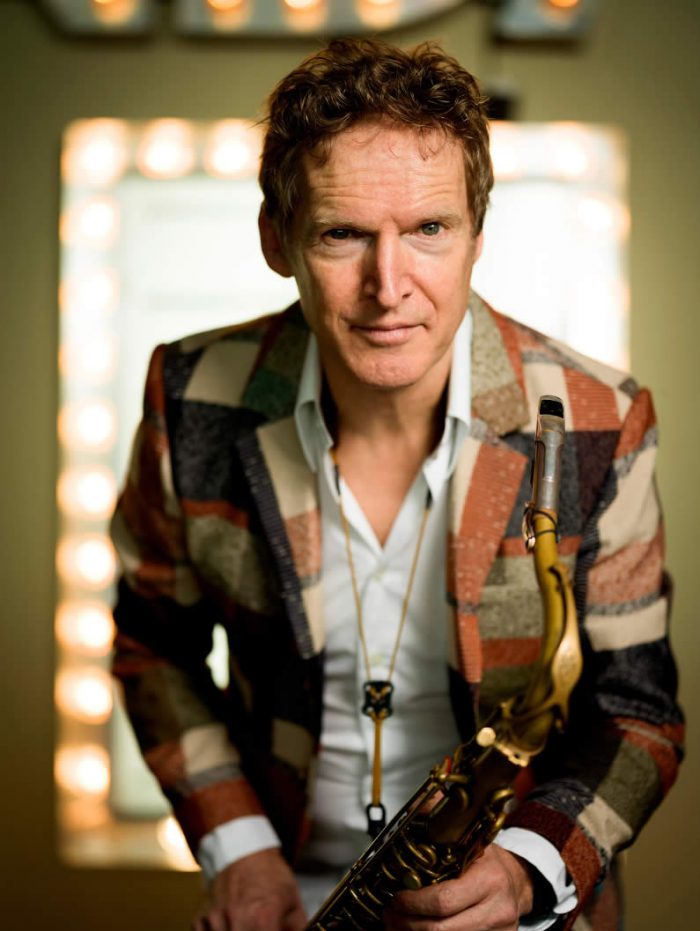 Playing the saxophone is about listening, it’s about improvising. It is about playing with sound, about diving in completely and seeing where you come up again. It is also about practice. And practice, practice and enjoy. Until it comes naturally. And it’s about playing together, being inspired by others. And imitate, just pretend to be a Sonny Rollins, or Joshua Redman. That’s how you get ideas. And you’ll find your own sound eventually. Saxophone lessons are about all those things. A listening ear or a little discipline. A golden tip, another fingering or just patience. Take a deep breath. And one, two, three, four ..

Looking for saxophone or improvisation lesson? Then you’ve come to the right place.
The Saxophone and improvisation school of Ad Colen.